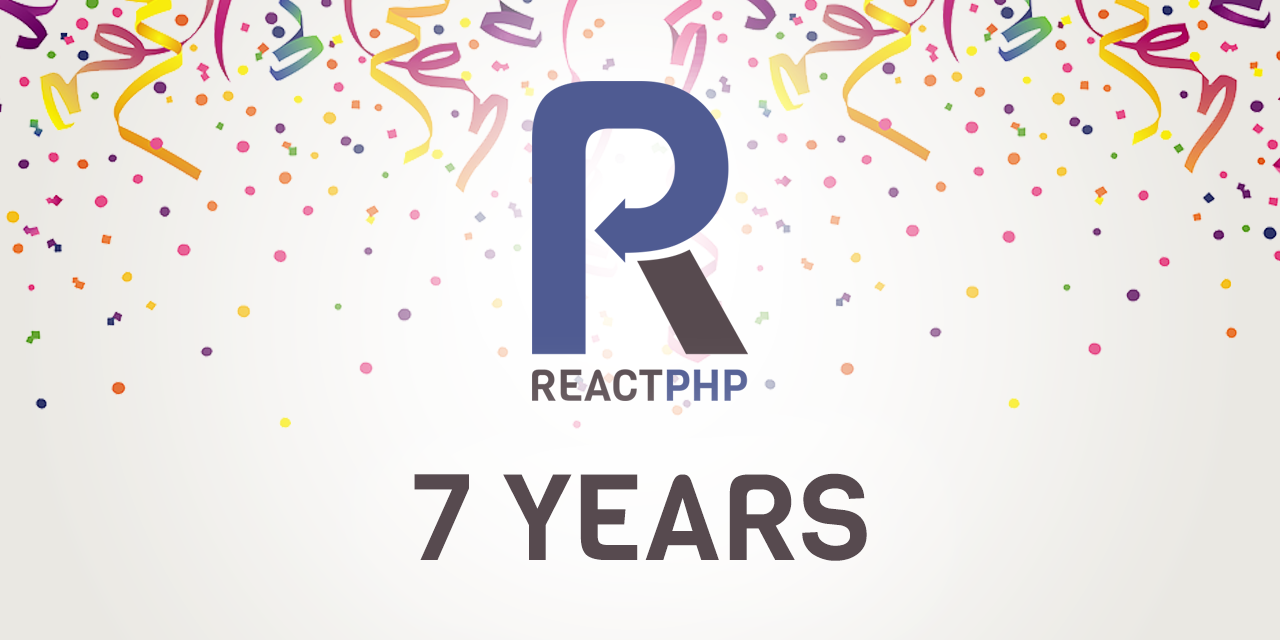 ReactPHP consists of a set of individual components. This means that instead of installing something like a "ReactPHP framework", you actually can pick only the components that you need. With the above release announcement, this now means that when installing ReactPHP's main components, you now get full longer-term support (LTS) releases for all main components!

For some time already, ReactPHP has been production ready and is battle-tested with millions of installations from all kinds of projects around the world. With these new stable LTS releases now following SemVer, we'd like to emphasize just this. We plan to support all long-term support (LTS) releases for at least 24 months, so you have a rock-solid foundation to build on top of. – Last year's release announcement.

We're extending this LTS promise (no pun intended) for at least another 24 months for all main components as described above. This means that these LTS releases continue being a stable base for you to build on top of. The release series will be supported for at least 24 months, so you can safely update these main components, getting all the upcoming features without having to worry about BC breaks.

As an alternative to this component based approach, we also provide react/react as a meta package that will install all stable components at once. Installing this is only recommended for quick prototyping, as the list of stable components may change over time. In other words, this meta package does not contain any source code and instead only consists of links to all our main components, see also our list of components for more details.

In the coming weeks and months, this allows us to focus our development efforts on our HTTP client and server components and bring in some long anticipated features: Among others, we've prepared some changes that will bring 200% performance improvements, will provide support for reusing connections (keep-alive) and will provide an outlook for HTTP/2 support soon! More on that in a later post, for now let's first celebrate this major milestone! 🎉🎉🎉